Next Prev
Home  Releases  B. Reith – Heart on My Sleeve

B. Reith – Heart on My Sleeve 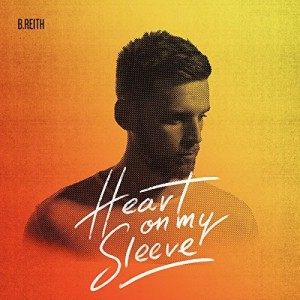 Label: Worth Fighting For Music

B. Reith has been a fixture at many urban events around the nation, being a multi-faceted artist who plays acoustic guitar, raps, sings, and produces – REALLY WELL.  He’s often made jokes in his music about not being accepted by the CCM industry, nor the CHH industry since he also doesn’t fit the hip hop mold.  Like many artists, he’s been vocal about having a love/hate relationship with record labels. Yet, he’s widely acknowledged as one of the most talented and most musical rappers around.  To call him a rapper doesn’t do him justice because he’s so much more as he can produce very soulful tracks, pop hit melodies, while also delivering deft rhymes.  B. Reith has played it close to the vest on this release, going only with a PledgeMusic.com campaign, not releasing the album on digital streaming platforms and instead going straight to fans to support him.  In his appeal video, he encourages them to be his record label.  This particular album was a long time in coming as B. took a long hiatus after his wildly successful and fan favorite How the Story Ends.

This short album is six songs and classic B. Reith.  The album is reminiscent of secular artist Allen Stone (Capitol Records), delivering singable melodies and stripped down production that doesn’t need more than it calls for.  As has been greatly needed in Christian music, B. doesn’t hold back in delivering straight up R&B, even collaborating with R&B crooner Christon Gray on the first track.  Christian radio has been oblivious to the popularity of secular R&B and rejecting Christian artists like B. Reith and Christon Gray, yet they dominate iTunes download charts when given the chance.  So it’s refreshing to see an artist being himself and not giving into CCM pressure to use the same chord progressions and tired themes to get on mainstream radio.  Of course, this has been B. Reith’s journey, and his lyrics on this album expound on his journey.