Next Prev
Home  Releases  The Ambassador – When Sacred Meets Secular

The Ambassador – When Sacred Meets Secular 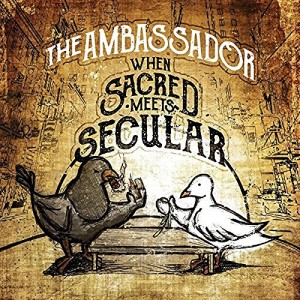 The Ambassador, a founding member of The Cross Movement, revealed at Legacy Conference 2016 that he has a new album titled When Sacred Meets Secular coming soon.

“The music is actually older music that has been marinating, in that these are burdens that have been sustained burdens for a long time that I’ve been quiet about,” he told Rapzilla.

The Ambassador released his last project, an EP titled Hors D’oeuvres, in 2013 and his last full-length album, Stop the Funeral, in 2011.

The concept of his newest effort has changed over time.

Then The Ambassador noticed what he believed to a trend: artists who seek to be missionaries to hip hop seemingly not being missional, which Cross Movement also discussed in its group interview at Legacy. This inspired the concept of When Sacred Meets Secular.

“The project that I’m going to put out is really a campaign I want to launch to say, ‘When those that belong to Christ encounter those that do not, when those who are submitted and surrendered to the King meet those who are not under that Lordship, not operating under that Lordship, what happens?” The Ambassador said. “What would we say? What kind of dialogues would we have? What kind of stands would we take?”