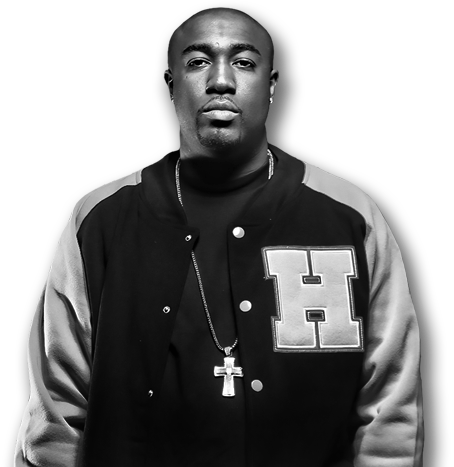 Vaughaligan Walwyn, better known as Von Won was born in St. Croix of the US Virgin Islands and moved to the Southeast side of Houston,TX at a very young age. He was introduced to organized sports at 6 years old and that became a defining moment for the journey he had ahead of him. Having siblings who were engaged in music, he found himself singing in the choir as a child. In High School he excelled in sports but continued to sing. He met his wife Kyla, his sophomore year in the South Houston High School choir and they would later become an inseparable couple. After breaking multiple records in track & field his senior year at South Houston High, Von Won was offered a full paid athletic scholarship to the prestigious Rice University. His wife was accepted at University of Houston and they continued to date throughout college.

Von Won became an NCAA All-American while at Rice University leaping 26 feet 1 inch, breaking the US Virgin Islands national long jump record. The next year tragedy would hit when he injured his knee and then months later found out he was losing his father to AIDS. He fell into a severe state of depression and began making terrible decisions. After graduating from Rice University, he decided to pursue a full time career as a secular Hip Hop artist.

Already a drinker and a smoker, Von Won’s depression only led him to doing so at a higher frequency, experimenting with harder drugs.  Kyla continued to be with him during this hard season and shortly after learning she was pregnant with their first child, the two were married and began their family together. When their daughter Phoenix, was only 2 months old, Vaughaligan was coming home from a concert and was stopped by the police. That night he was tazed multiple times and abused by police in a near life ending altercation. He calls that night “Shock Therapy.” He was taken to the hospital and as he laid in the bed he knew if he didn’t change his ways, that his daughter would either be visiting him in jail or visiting his tombstone. He wanted to be there for his daughter and he wanted to be a better husband to his wife, so the change began. Months later while attending Lakewood Church in Houston,TX, Vaughaligan decided to give his life whole heartedly to Jesus Christ. From that moment on he stopped creating music that glorified sin and he began to use his music to glorify the Lord. With a sober mindstate and clear vision of the future, April of 2007, Von Won Ministries was born.

When Von Won fell in love with his wife Kyla McDuff, way back in High School, he didn’t know that the McDuff family had a strong heritage in ministry. Her grandfather and uncles were singers in a famous Southern Gospel group called “The McDuff’s.” Her grandfather, John McDuff, launched a succesful church in Pasadena,TX, Faith Assembly of God. When Von Won gave his life to the Lord, her Uncle Johnny, son of John McDuff was now the pastor. Her uncle became a mentor to Von Won, meeting with him often to discuss his transition. He told her uncle that he had a vision to do Christian hip hop events where he could use the music to help lead people to the Lord. Her uncle showed him great support and gave him keys to the youth building. Those events became a huge success in the city, bringing in over 300 people in attendance at times. Von Won would become a positive leader in Houston working with Tre9 and other Christian rappers producing life changing music, going into jails, working with the homeless, starting radio shows and television shows using their gifts to spread the gospel.

In 2010, the opportunity presented itself for Von Won to become a youth pastor and he accepted his first position at Restoring Hope Church in Webster,TX. After 2 1/2 years of being in youth ministry, Von Won was introduced to Pastors Don & Susan Nordin of Christian Temple Church. This was a church in the same neighborhood Von Won grew up in that allowed him and other kids in the area to come play basketball on Tuesday nights. Pastor Don let Von Won know that he had a vision for someone to start an outreach based service on Saturday nights at Christian Temple, and he felt Von Won could be that person. Already feeling a need to change from doing youth ministry, Von Won accepted the position and called the Saturday night service Legacy Church. After only 3 years in existence, Legacy Church became a Sunday morning service and it’s own campus ran through Christian Temple Church. Kyla and Von Won did a great job pastoring the CT|Legacy Church campus growing it to over 300 attendees on Sunday mornings in this short time frame.

The Walwyn family has grown to having 4 beautiful children, Phoenix, Kingston, Zaire & Ariana. Their children range from ages 8 to 3. Although their children are young, you can already see the calling of God on their lives. Kyla and Von Won loved pastoring CT|Legacy Church, but realized they also enjoyed traveling as a family, while Von Won raps, sings and preaches wherever the Lord is calling him. For this reason they made the tough decision to step away from Christian Temple and pursue a new direction. In this season Von Won feels it’s time to go higher as his team makes a strong move into radio, television, films, books, throwing major concert events, award shows, mission trips, creating timeless music, empowering the city and answering the call that God has placed on himself and his family.