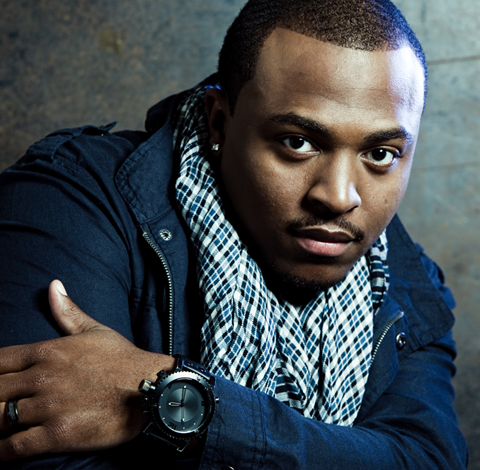 Most of FLAME’s life has been lived between two worlds. From the contradicting spheres of gang culture and Christianity that defined his formative years to the blurred lines between the sacred and the secular that shaped his career as the first Midwest Christian rap artist to gain a national platform, FLAME has always been caught in the middle. The St. Louis-native may have grown up soaked in street culture, but today he is a well-versed leader in Christian hip-hop with a growing list of accolades, including five Dove Award nominations, three Stellar Award nominations and a GRAMMY® nomination. The consistent Billboard chart topper has released 7 albums: self-titled Flame (2004), Rewind (2005), Our World Fallen (2007), Our World Redeemed (2008), Captured (2010), The 6th (2012), Royal Flush (2013).

FLAME started down a path of rebellion and spent his early teen years partying. The influence of his older friends led to experimenting with drugs and a series of incidents at his school. FLAME was eventually kicked out of his high school, but little did he know God would use this as a turning point in his life. On his way to orientation at his new school, he was involved in a horrific accident when the car he was riding in was struck by an 18-wheeler three times, shattering the entire left side of his body.

“As the collision happened, I just remember being terrified, not even thinking about the pain, because there was pain,” he says, “but I was just thinking, Man, I’m about to die. I’m 16 years old, and I know I haven’t lived the things I believe as it relates to Christianity.”

Following the accident, FLAME was hospitalized and forced to do physical therapy for more than a year. The experience shook the young teen to his core, and he sought wisdom from his grandmother, the strongest Christian in his family at the time. They talked about repentance and redemption. A week later, his grandmother died unexpectedly of a heart attack at 55. These two life-changing events broke the ice clutching FLAME’s heart. “I was invited to church, and I resisted for a while,” FLAME continues. “Then eventually I went, heard the gospel, heard about Jesus’ love, dying for my sin, and I wept like a baby, and I gave my life to the Lord. I was 16 years old.”

Today, FLAME has a degree in biblical counseling from Louisville’s Southern Seminary, viewing rich biblical knowledge as essential to his ministry. “I love the Bible. I love theology. I love Jesus and that light bulb moment when people get excited about Him. I love taking the knowledge from the Bible and connecting the dots with how these things apply to our everyday lives and our deep-seated personal issues.”

FLAME is also raising the bar in Christian hip-hop through the quality of music he creates and the artists he’s introducing to the genre via the boutique label he and his wife founded in 2010, Clear Sight Music. “It’s not an exclusive hip-hop label,” he explains of their company, whose first signee is pop vocalist V. Rose. “We’re interested in the genres of music that influence the youth culture,” he says. “We want to pull in artists who can serve in that capacity and give them a label home.”

In all of his efforts, whether on-stage, in class or through the means of Clear Sight Music, FLAME is bridging the gap between the sacred and the secular. While his music is unashamedly Christian, he hopes it might also affect seekers as well, just like he was impacted by Christian hip-hop long before he surrendered his life to God. “Christianity is very black and white,” FLAME maintains. “I just want to encourage the Christian and the non-Christian who may be interested in peeking over the fence of Christianity that in this faith, in this worldview, you’ve been set up to win.”