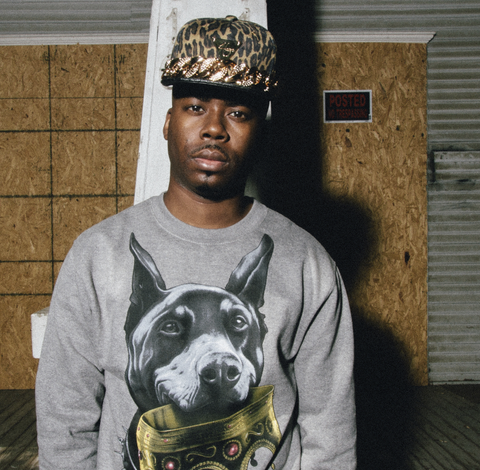 The search for truth often leads down various paths. For Anthony Flagg Jr., that search for truth led to the birth of one of Christian Hip-hop’s most brilliantly poetic emcees, Fedelity aka Fedel. Taken from the synonym for truth, his name also embodies many of the things that he wanted to characterize in his music. Music that sizzles while encouraging people to stay true to themselves and their faith in God.

That faith is an essential part of Fedel, born a pastor’s kid in the gritty south of Memphis, TN. Determined to stay out of trouble in the streets, Fedel managed to stay grounded through his love for basketball, his first love until he found his true passion in hip-hop while watching a Kriss-Kross video. He would begin to listen to anything he could get his hands on, gaining influences from the East to the West Coast. He would use these influences to become the multifaceted emcee that he is today. However, his disdain for the lifestyle that hip-hop promotes, and his church upbringing motivated him to pursue making music that would encourage a Christian lifestyle while bringing healing to people who would not normally attend a church service.

After moving to Tulsa, OK, Fedel endured a brief stint with fledgling group NarrowStreet, releasing a seven song EP before the group parted ways. Now solo, he has continued to strive to bring the message and the music to hip-hop heads and church folks alike. A mainstay performer at the Holy Hip-Hop Awards, he solidified his status with the lyrical smash “Take It Easy,” and the thump heavy single “J-Walk,” which was voted into the top 5 on ChristianHipHop.net, and was top 50 all-time in spins for a song on Flavor Radio. He followed up with the release of the Mixtape of the Year nominated Growing Pains Mixtape, earning Fedel several awards, including nominations for Best Christian Artist at the Tulsa Spot Awards. He finally struck gold receiving heavy rotation on hip-hop and R&B stations, and a vote as the #1 song in Tulsa, with the southern-influenced anthem “Tell a Friend,” from his upcoming album I Live. Fedel has become a legend on the Christian Hip-Hop scene, combining heartfelt lyricism with a poetical presence. The name says it all; Fedel is the truth.