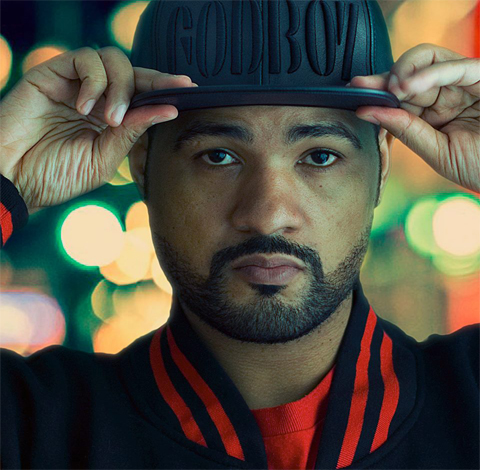 Born and raised in South London, UK, Dwayne Tryumf has been involved in music production and rapping since ’96 with his involvement in the secular rap group Magic Circle under the name Conspiracy. After a vivid dream about God, Dwayne was convinced that God was calling him and became a born again Christian in August ’99. After a wilderness period of growing in his relationship with God and His Word God began opening doors for Dwayne in Christian rap music ministry even resulting in him sharing the gospel in two prisons in the UK and eventually touring around the world including Europe, Canada, USA and Australia. In 2000 he began working for a UK based reggae record label ‘Jetstar Records’ as an engineer / producer after meeting gospel reggae pioneer (the late great) Original Tony Rich. In 2001 he was signed to Jetstar Records as an artist and producer and produced tracks with a number of international reggae artists on the label including reggae icon Gregory Isaacs.

On March 12th 2010 Dwayne released his second album called “777 (Mark of the Peace)” which rocketed to number 1 in R&B and number 3 on the Hip Hop US Amazon charts and was top 10 in 3 different countries on the apple.com iTunes charts. In the UK he reached number 1 in the UK Amazon MP3 Hip Hop charts and 12th overall best selling album on Amazon UK. The album received a rare 5 stars from Dasouth.com and was declared ‘remarkably good, nearly perfect’ by Rapzilla.com. The album features UK Christian artists like Jahaziel, Reign of Fire, ‘Incognito’ lead singer Tony Momrelle, Muyiwa, Ryan Carty, Copeland Green, production from US producer Lee Jerkins, comedy skits from Comedian Chris and much more.