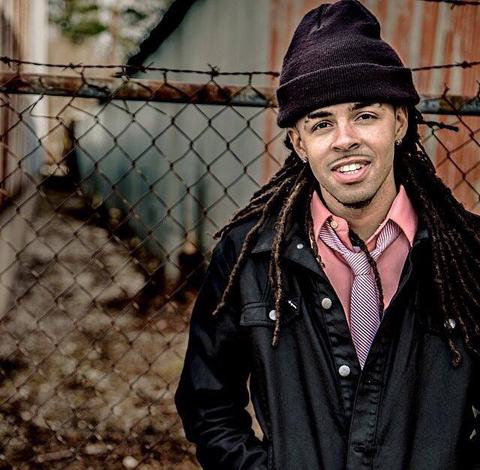 The equation is simple. Soul + swag x New Orleans = Dee-1. He has created his own lane in Hip-Hop by making music that motivates anyone on a mission to win the game of life. He is the voice of those underdogs who grind with a purpose.

After graduating from Louisiana State University with a bachelor’s degree, Dee-1 taught middle school in Baton Rouge by day to help fund his musical dream. After two years of being “Mr. Augustine” by day and “Dee-1″ by night, he finally decided that his passion for hip-hop was too strong to ignore. Armed with righteousness, realness, and the strong desire to be relevant, Dee-1 set his sights on becoming the type of rapper his students could be proud of. Sleepless nights being a full-time teacher and part-time rapper were now replaced by sleepless nights being a “full-time dream chaser,” as chronicled in his courageous song, “The Announcement.” from his I Hope They Hear Me Vol 1 mixtape.

In March 2011, Dee-1 released the mixtape, “I Hope They Hear Me Vol 2” packed with 18 high energy joints that has already reached thousands. This was a life changing mixtape for Dee-1 as several singles received extensive radio play and regular airplay on MTV Jams. Most notably was his single “Jay, 50, and Weezy,” which created a huge internet buzz that allowed him to take his career and music to the next level. Dee-1’s latest project, “The Focus Tape,” (hosted by legendary Dj Mannie Fresh) was released on October 9, 2012, Followed by “Psalms of David,” (featuring hit song “Work” ft Lecrae) which was released on February 20th, 2013 have both reached over 100,000 people worldwide each. After the huge announcement of Dee-1 signing a major record deal, he released his latest mixtape, “Psalms of David II” on October 19th, 2013.

You haven’t witnessed Dee-1’s true star power until you have seen him live in concert. He is known for giving jaw-dropping, crowd-surfing performances and electrifying audiences whenever he hits the stage. As Dee-1 says, “It feels way better to actually win over an audience rather than just brag on how good I am. I’d rather prove it to you.” Since 2011, Dee-1 has been on four successful nationwide tours, the “Grind and Hustle Tour,” the “Too Focused to Fail Tour,” the “Ridin All By Ourselves Tour,” the “Heist Tour,” and the “Tetsou and Youth Preview Tour.”

Dee-1’s artistry is more than just music; it’s a lifestyle and a frame of mind that he calls “mission vision.” Dee’s nickname “The One Man Army” embodies this mission, “Everyone has a mission, and everyone is their own One Man or One Woman Army.”

Dee-1 recognizes that his music resonates with people because it’s authentic, “That’s why people from the hood all the way to the classroom feel it.” His message extends well beyond the stereotype of the traditional rapper, because as he says, ”real recognizes real.” All of this progress has left die-hard Dee-1 fans asking, “What’s next?”No one knows for sure, but as his fan base continues to grow, Dee-1 has his eye on the prize and is positioning himself to become Hip-Hop’s next great superstar.