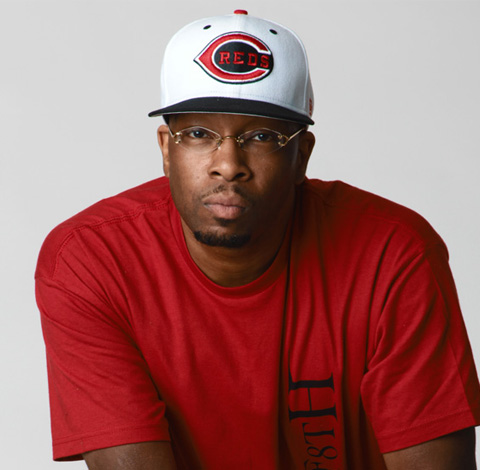 WHO IS D-MAUB? Donny “D-MAUB” Harper is Dedicated to Making All Underestimaters Believers……it’s what his name stands for. Like most thrown onto to the platform of ministering the word of God, this young man has seen his share of trials and tribulations. When his childhood friend, Robert “Lazarus” Smith pulled him aside and introduced him to Christ, Donny took the role full on. Tragically losing his mother in 1997, D-MAUB finally saw that there was more to life than what he had been doing. He accepted the invitation and started turning a skill he has always possessed to glorify God and spread his awesome testimony of coming through tough struggles. He wants people to know that we can have fun and draw men to Christ through his lyrics and beats. But most of all he desires to draw all to Christ. He’s also known as the 1 “YOUNG CUT-T , which stands for Courageously Upholding The Truth. When D-MAUB talks, people listen, they relate, they think and things change!! D-MAUB. has had the pleasure of ministering alongside national recording artists Nicole C. Mullen, Bootsy Collins, K-drama, Karen Clark and Kierra Sheard, Electric Church, Mars Ill, Da’ T.R.U.T.H., E.Cross, and Tye Tribbett and G.A.. He also has submitted his voice to local commercials such as Deveroes clothing store. He participated the Queen City Fusion BET/Soundstage in 2004. D-MAUB has appeared on the Sony Playstation 2 games Grand Turismo 4, NBA Jam, ATV 3 and MLB 2005. Another piece of the vision came together in 2005 when Donny branched out and began his own label, One Route Entertainment. He and a group of dedicated friends have big things in store that include music, clothing and educational platforms. One Route Entertainment has been making strategic moves to achieve goals, most recently attending the 2008 Holy Hip Hop Awards and Artist Showcase in Atlanta Georgia. D-MAUB He is featured on the Holy Hip Hop :Takin’ The Gospel To The Streets Volume 4 Compilation for 2006 distributed worldwide by EMI Gospel. He will make his first appearance at Rapfest in August 2008. D-MAUB has released 5 albums, The Unexpected in 2002, Tymeline in 2005, Life Over Death in 2007, and The Release and Urban Legend, both in 2008. D-MAUB is among the honorees for the 2009 Holy Hip Hip (EMI) Awards and Artist Showcase to be held this coming January in Atlanta Georgia. He also acts and is features in the stageplay “Go Get Your Life Back”. He continues to work with local and national productions and participate in events both in and out of his hometown. Donny was born, raised, and currently resides in Cincinnati Ohio with his wife and children.