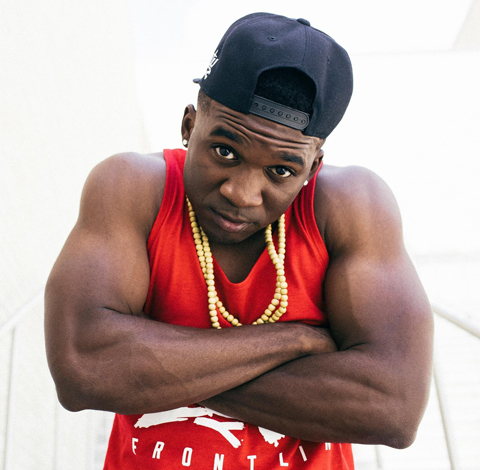 Corey Paul Davis is a Houston native through and through. Raised in South Park—a neighborhood where more than 40% of the residents are high school dropouts—the story unfolding in those streets gives him a lot to rap about.

Growing up, Corey met his biological father only a few times, ever. It was his strong mother and his stepfather, who became a crack cocaine addict that raised him. When he was sober, things were great; but when he needed that high, or worse, actually got high; he was abusive in all respects, physically, verbally, and mentally. Corey remembers vividly the abuse he and his mother had to suffer. He was only six when his stepfather burned his mother with an iron and oftentimes left her black-eyed. Two abusive years later, his mother had enough, stood her ground and shot him in the leg. Corey watched his stepfather bleed out on the floor right in front of him. The next year Corey’s stepfather took his life and hung himself in the attic. Corey was nine years old when that happened, so he was desensitized to violence and abuse at a very young age.

Desperately searching for something to believe in, something to hope in, he embraced Houston’s drug culture, street life and “chopped and screwed” music scene. He spent several years in the game trying to fill voids in his life from childhood, but no dice. As the story often goes, a close friend changed his life forever by simply inviting him to church. Neither of them knew it at the time, but that encounter with the Lord Jesus changed everything. Corey found a hope he’d never before seen for himself, his family or his neighborhood. From then, he used the same music he’d fallen in love with and this new found hope in Jesus to start “Frontline Movement.”

Corey Paul has already drawn appeal, being given the privilege to perform at Austin’s world-renowned SXSW music festival, alongside collaborating with noted artists, This’l and now label mates, Dre Murray and Alex Faith.

Corey independently released his debut album, “Grace Love Mercy” back in the summer of 2013, which debuted #39 on the Gospel Billboard Charts. Married to his wife Summer, a serving member at his church—Resurrection Houston—and now the newest member on Collision Records, the future for this “South Park” survivor has only just begun..