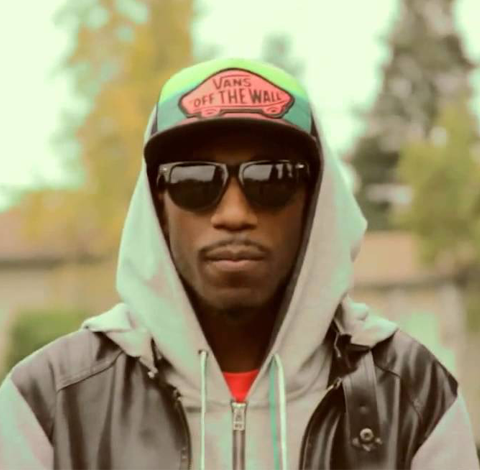 Brandon “Black Knight” Peavy, from Sacramento California, is Cali’s up-and-coming beat-making prodigy, songwriter, and artist. Black Knight is a class of 2010 graduate from Pleasant Grove High School. He is currently attending Ex’pression College for Digital Arts, and is majoring in Sound Arts. Being a studious young man, BK is right on course to receive his Bachelors Degree in Audio Engineering within the next two years. Black Knight is recognized as the man of many sounds for his wide variety of music. The development of his well-rounded, yet versatile style is the result of a lifetime of musical influence. Growing up in a talented musical family meant that different forms of music always surrounded Black Knight. His father is a musician and skillful key player, and his parents exposed him to a wealth of music as a child, all of which influenced his development.

His first foray into learning an instrument himself came when he picked up his first set of drumsticks at the age of 2. As his passion to play flourished, his curiosities lead him to open his horizons to MUCH BIGGER and LOUDER sounds. BK’s uncle was a great influence on him taking his passion to the next level. Yearning for a chance to enter his uncle’s studio, this uncle recognized BK’s zeal and equipped him with his first program and small keyboard. He has been creating since.

Black Knight’s influences are vast, which his post-production demonstrates, providing sonically a collection of varied genres to appease the appetite of any songwriter’s need. Everything he listens to plays a key role in his musical development in some way. Due to the diversity and uniqueness in his sound, Ryan Leslie is one of BK’s biggest musical influences. He also includes Timberland, Mysto & Pizzi, Aaron Lindsey, G-Styles, and Deitrick Haddon as some of his top musical influences.

At such a young age, Black Knight has already had the opportunity to share the stage with some of Christian music top artist like: Canton Jones, R-Swift, Transparent, Melinda Watts, and Tye Tribbett. Last year, BK was announced as the winner for the Tedashii “Riot” Remix Contest. Along with that he has produced & worked with Reach Records artists Andy Mineo & KB, Lampmode Artist Json, RMG, Chris Lee, Rhema Soul, Milliyon, Canon, Dmaub, Alex Medina, & Much More!

Black Knight is on a mission to create music that glorifies God, while building up young people, saved and unsaved. One of his desires is that his music be able to compete with top mainstream production. According to Black Knight, “beats are the bait to get people to bite, and then reel them in with the message”. God placed a burden inside of Black Knight to help young people see that there is a purpose for everyone, and its up to them to live it out. You can catch Black Knight rocking a crowd as an MC, bringing the house down while playing the drums, working creatively in his studio, or simply spending time with his loved ones…having a good time.