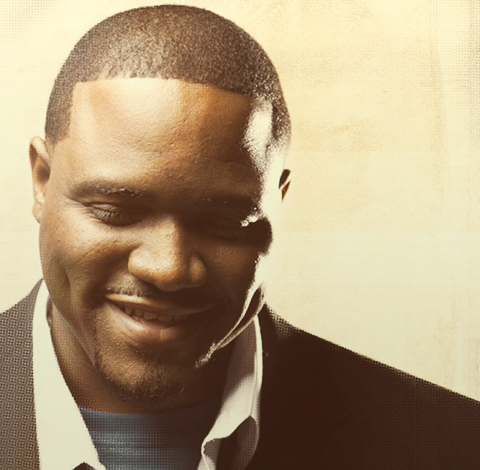 To whom much is given, of him, much is required. This is not only a scripture that we know from the Bible, it is exemplified through the life of this young man. Al Cherry (big AL) is a family man, gospel/hip-hop artist, youth pastor, motivational speaker, high school mathematics teacher, and humble servant of Jesus Christ.

As a child, music was an escape route into a limitless realm of comfort and joy to him. This medium was the tool that God used to draw him into a relationship with the Lord. He actually accepted salvation in his bedroom while listening to gospel music. Since that time, his singing ability became an expression of his love for Jesus Christ.

During his college career at Grambling State University, the Lord allowed him to serve as praise and worship leader for a campus ministry and a local church. After accepting the call of God to youth ministry, big AL became the youth pastor at Christian Fellowship Assembly of God in Monroe, Louisiana and has been serving in this capacity for the past 10 years and as praise and worship leader for the last 5 years. In 2001, big AL took on the role of educator. In addition to music and preaching, he presently serves as the mathematics department head of Richwood High School, teaching Geometry, Trigonometry, and AP Calculus. big AL uses the classroom as an extension of his ministry to be an example and role model to youths in inner-city America.

Throughout his years of ministry, Al has come to understand the responsibility of having a special gift from God that he can use to draw people closer to HIM. He firmly believes that ministry is far more important than artistry, and it is his sincere prayer that God will use his music to lead people to Christ…just as he was. God has indeed gifted Al with an anointing to reach people of all ages. Using wit and an unapologetic transparent message, big AL has been able to share his story and the message of Christ all over this country. Al’s gift has been “making room” for him, as he has shared the stage with the likes of Dr. Bobby Jones, Canton Jones, Salvador, Group 1 Crew, Ayeisha Woods, Lil’ IROCC, BB Jay, Lisa McClendon, Pettidee, Small Fire, and a host of others. In 2004, big AL sang back-up on the annual B.E.T. Celebration of Gospel featuring Yolanda Adams, Donnie McClurkin, Fred Hammond, Shirley Caesar, John P. Kee, and a host of other gospel notables.

With the release of his debut album, “the.next.level.”, big AL certainly began experiencing fulfillment of the promises of God. His release of two mixtapes, “4106. mixtape” and “Son of Jor-EL: Mixtape Vol. 2”, big AL grabbed the attention of industry heavyweights. The single, “Back Man”, caught the attention of Dr. Bobby Jones, who then sought big AL to appear on his Word Network and Gospel Music Channel shows. The popularity of the song pushed big AL to make an incredibly unique video that garnered big AL a “top-six” finish of Gospel Music Channel’s Video Music Awards (Christian Hip-Hop) in 2009.

big AL released his sophomore LP, “The Opening Act”, to high anticipation and rave reviews. He called on industry heavyweights like Canton Jones, Pettidee, and a host of other producers to aid him in his is explosive outcry to the industry about humility. big AL’s personality is synonymous with his stage presence in that his express interest in what he does is to set the stage for the Lord to have His way. “The Opening Act” is who big AL is as he prepares the crowd to meet the consummate performer himself, Jesus Christ. The album spawned a nationally-recognized hit, “Rest of My Days (featuring Canton Jones)”, an urban up-tempo ballad about praising the Lord through any circumstance. The song grew in such demand that big AL filmed another music video, and that video is still in regular rotation on BET’s Video Gospel and GMC’s Soulful Voices. The album also caught the attention of many in the industry, like those in the National Independent Gospel Music Association (NIGMA). The “Rhythm of Gospel Awards” recognizes the work and progress of independent artists in over 33 cities and is sponsored by NIGMA. In 2009, big AL was nominated for three “Rhythm of Gospel Awards”: Holy Hip-Hop Album of the Year, Holy Hip-Hop Artist of the Year, and Holy Hip-Hop Song of the Year, of which he won Album of the Year and Artist of the Year. It also garnered big AL 2010 Stellar Awards, first-round balloting, and the same in the 2011 GMA Dove Awards.

Currently, big AL is in the planning and writing stages of his next solo offering entitled “Leaving Metropolis”, scheduled to release in 2015. He will be traveling and ministering, extensively, all summer long…