Next Prev
Home  artist  B. Cooper 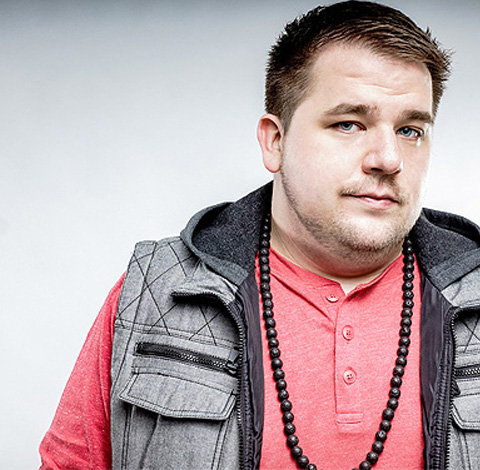 5At first glance, B. Cooper looks like that one guy you see at the gas station filling up his ’93 green Cougar or that one guy you see walking through the suburbs wearing cargo shorts and New Balances. And he is actually that one you guy see every week in the checkout lane with an apron and khakis.  But he’s also that one guy sitting in the break room at work with headphones and a notepad with a dream and enough talent, heart, soul, and faith to see it come true.

Brad Cooper was born and raised in Alabama by two loving parents who taught him to love others. He never grew up in church but never got in much trouble either. One day, at the age of 15, his friends invited him to go to a retreat. The result was a face-down repentance and acceptance of Christ.

Like most boys, B.Cooper had hoop dreams and even baseball fantasies. It wasn’t until the age of 14 that his aspirations began to shift as he discovered how to expand his gift of poetry into 16-bar verses. B.Cooper recorded a few songs, and fell in love with hip hop. In college, he met Dirty Rice and the two quickly started developing a unique sound that encompassed both their visions of music.

Now signed to Reflection Music Group, B.Cooper plans to make real, transparent music that combines creativity with substance. His upcoming project, Spare Change, is a collection of songs straight from his heart and reflections on how seemingly small things to one person can mean the world to another.

Still your average American, B. Cooper holds a blue collar job at General Motors. He also spends his time working as a graphic designer and professional photography. “If I speak it, I lived it or seen it with my own eyes,” B. Cooper hopes to present a transparent look into his life that builds relationships and leads people to solutions.